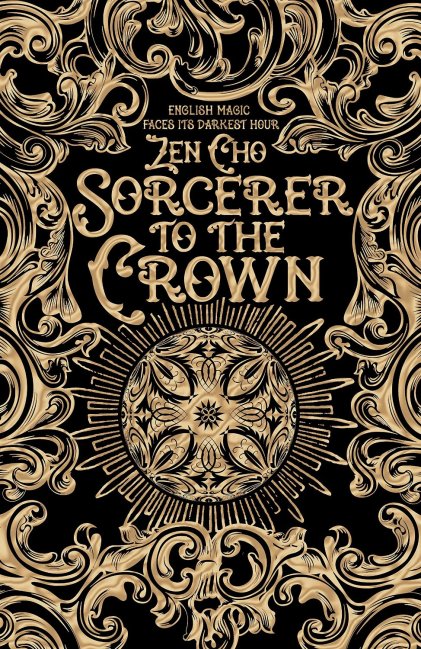 After reading Fight Like a Girl I wanted someone a bit more light hearted so I picked up Zen Cho’s Sorcerer to the Crown. The novel follows the Sorcerer Royal of the Unnatural Philosophers, Zacharias Wythe, in a parallel Georgian England where magic is commonplace, as he seeks answers to why England’s magical stocks are drying up. Along the way he encounters Prunella, whose gender coupled with an unusual store of power may be the answer to England’s problems…

This isn’t my usual sort of read – I read SciFi and Fantasy almost exclusively as a young adult but I’ve drifted away in my old age. This was a recent book club read and I’ve been enjoying straying from my comfort zone recently so I thought: what the heck; give it a go.

Although obviously not as polemical as FLAG, Cho’s novel dives headfirst into social issues of racism and feminism leading her novel with a freed slave turned Royal Sorcerer  and a half English/half Indian sorcereress in training who defies laws against women employing magic. Rather than construct a parallel England that has risen above its prejudice, Cho’s two main characters face a barrage of racial slurs and prejudice while Prunella contends with pointed ‘get back into the kitchen’ behaviour from her fellow sorcerers.

Rather than reading this as a criticism of Georgian England (I kinda already figured it was pretty racist and sexist) I thought Cho did an amazing job of drawing attention to the racism and sexism that characterises a lot of contemporary fantasy. I was hard pressed to recall many other instances of popular fantasy that draws as much attention to gender and race as Cho does (Ursula K. Le Guin, Octavia Bulter… any other writers come to mind?)

If social commentary turns you off don’t run away so quickly. It was also an impressive first novel as Cho constructs her own take on magical England without descending into the over-explanation that many of her contemporaries turn to. The world, magic, and characters read naturally and the plot is engaging, well-thought out, and fast-paced.

My one complaint is that Cho tends to get a bit over-wrought with some of the speech and sentence structure in the novel. “Thaumaturgy” is employed commonly and she even throws in “stoicheiotical” at one point. I also tripped over some archaic sentence structures that Cho must have thrown in for authenticity. Unfortunately I found they did more to distract from than add to the narrative.

But this is a minor complaint. If you’re looking for a fun but thought-provoking work from a very new voice on the fantasy scene look no further. Guaranteed to be the first of a series, Sorcerer to the Crown offers some adventure, laughs, romance and even a few surprises along the way.